The Web was always meant to be a platform where content could be generated, consumed and measured. However, over the years, there has been a gradual shift in the focus areas of measurement. From LiveStreaming to LifeStreaming to LifeLogging, we are now entering a time where technology is maturing to a point where the Quantified Self and Human API movements can properly flourish. How did we reach where we are right now, and what does the future hold?

In the early days of the internet, users went to websites to catch up on news, sports scores and current events in their country — basically content consumption. This is where technologies like RSS came into the picture. 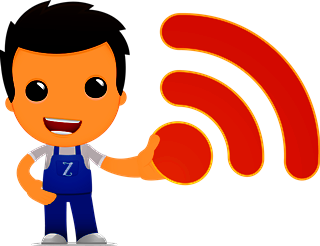 While many RSS apps did provide some level of measurement, the analytics of this data consumption was frankly rudimentary. For e.g. At the time, while the software could tell you what were your most read sources and which sources of data you liked the most, no software could recommend other data sources that were similar to the ones you were subscribed to or prioritise the content based on your consumption patterns.

Something had to give…

As time passed by, with the advent of Web 2.0 and Social streams, more and more of our activity became focused around creating content. While digital content was being created at an exponential rate, it was getting more and more difficult to aggregate all this data in one place. This is when the LifeStreaming movement started to come into the picture.

Not to be confused with LiveStreaming, LifeStreaming was defined as a way to record all digital consumption in a continuous ‘river of information’. This transition on the internet was championed by the many Web 2.0 websites at the time such as Twitter, Facebook, Orkut, Flickr, and DeviantArt, among many others.

Platforms such as FriendFeed and Disqus Comments thrived in such an environment where it was now possible to aggregate the online activity of users in one single platform. You could now see a user’s Tweets, Blogposts and Facebook activity, etc. all in one single newsfeed.

In this timeframe, analytics software got better at analysing user data and predicting patterns of daily content consumption and creation, based on the empirical method. Companies such as RescueTime could now analyse daily computer activity and determine if a user was productive or not during the day.

As time wore on, the acceptance of these analytics tools increased. A general awareness emerged that if one could measure one’s daily activity online, we could also monitor and measure the various attributes about ourselves.

People started to wonder what data could be gleaned by applying these tracking and analysis tools to our bodies and their physical actions.

As Wikipedia describes it, LifeLogging is an activity where the user typically wears computers in order to capture data about their entire lives, or large portions of their lives.

With the popularisation of Cloud Computing, online storage and processing costs have drastically reduced over the following years. For the first time, it was possible to provide user-level analytics that was cheap to process and cost effective to deliver to the end user on a near real-time basis.

One of the first few steps in this direction on a mass consumer scale was the Nike+. It combined a micro-chip in the shoe that allowed the user to track walking and running activity. This data was then represented on an app or an online dashboard. When combined with data from other users, it produced rich data about a user’s activity in the real world.

The LifeLogging movement has produced many sub-groups, prominent amongst them being the Bio-Hackers and the Quantified Self group. These sub-groups have spawned a whole new industry of wearable computers that track everything from physical activity, to the food we eat to our sleep patterns.

We are currently approaching a tipping point for this movement and I see more and more users embracing this trend than ever before. Companies are currently experimenting with the different kinds of tracking parameters they can provide to the user.

As time goes by, it may even become commonplace to have data about oneself covering the timespan of your entire life. Users in the future will be able to record their each and every step — quite literally. Then, use that data to see how it affects their health over a large span of time. Imagine that!

Imagine being able to chronicle your life in the absolute minutest detail. Imagine if you could know how your heart is beating now vis-a-vis how it was beating 2 years ago? Apply the same to vision, then compare that to the median eyesight range for your age group and see how well you are doing compared to the population.

The possibilities are endless, however one thing is certain: In the coming months and years, more and more emphasis will be based on tracking personal characteristics and traits and providing optimisation solutions for the same.

Normal, will never be the same again.